On August 11, 2022 VMware released its next-gen release of the Horizon Cloud Service, which is now GA. This service provides a single cloud control plane to orchestrate and manage remote applications and desktops in different cloud environments. For now, this is Azure-only. This may however get extended to different cloud providers in the future.

There are some key differences when comparing the next-gen version with the previous (non-next-gen) version. To read more about that, there is a great Tech Zone article Horizon Cloud Service Next-Generation DaaS Architecture, written by Jerrid Cunniff. This article describes those differences and its logic.

In this Automation Series, I want to specifically focus on the advanced automation capabilities that VMware made available in this next-gen release. VMware built the next-gen release from scratch to deliver a public API that allows a lot of automation and customization. This API is well documented on VMware Developer Documentation site. 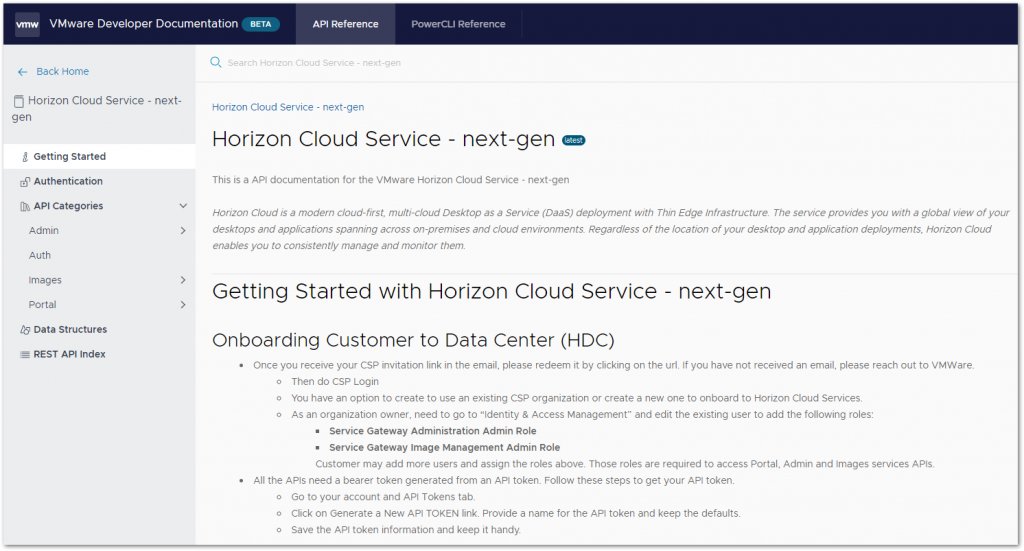 The Automation Series will be split up in different chapters. Each chapter explains a certain part of automating the setup of an Horizon Cloud environment on Azure. From setting up a token, to configuring AD, to deploying an Edge, and so on… As part of this I will also provide PowerShell code examples to give you a head start.

I hope you will enjoy VMware Horizon Cloud Service Next-Gen – The Automation Series!