This blog post describes the VMware Horizon Client for Windows network disconnect messaging feature. A feature that hasn’t been mentioned in the release notes and only shortly mentioned on the Digital Workspace Tech Zone.

On March 23, 2021, VMware introduced an updated release of the Horizon Client for Windows, version 2103. As part of this release, the following key features are new.

The full release notes for Horizon Client for Windows 2103 can be found here.

One feature that isn’t mentioned in the 2103 release notes, is the Network Disconnection Messaging feature.

Previously (pre Horizon Client for Windows 2103 release), when you lost your network connection, and therefore your connection to your VDI or RDSH session, the only thing displayed was the last window/picture/screen from your session. The Horizon Client didn’t display a message stating it lost the network connection. You are inclined to continue clicking and typing at that moment, because it is not clear that the network got disconnected. Once a timeout (120 seconds by default) occurred, the session was disconnected.

The Horizon Client for Windows Network Disconnection Messaging feature, released as part of v2103, is a feature that displays an overlay and disconnect countdown timer in the situation you have a VDI or RDSH session open, and you suddenly lose your network connection, and therefore your connection to your VDI or RDSH session. 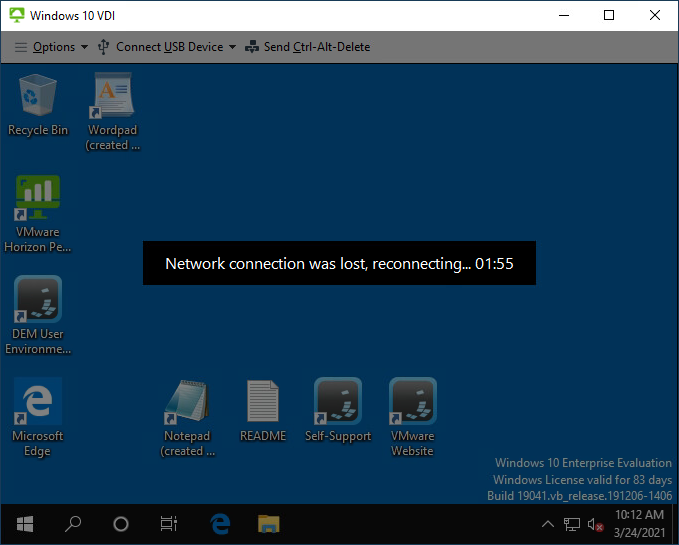 This feature may be useful in various use cases.

A very common use case in healthcare is the so called Computer on Wheels or CoW. The CoW is used to move between rooms and/or areas. It’s a computer that is attached to (rechargeable) battery and connected to a wireless network. Very often, the CoW connects to a remote desktop (VDI or RDSH). 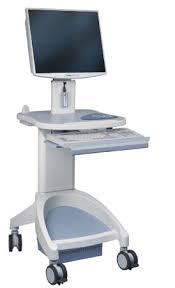 While moving the CoW between areas, the CoW may sporadically lose its wireless connection while (re-)connecting to wireless access points. Having a message pop-up that makes you aware of a network disconnection, while connected to VDI or RDSH, is really useful in this case.

Despite this being a short blog post, I hope this was informative. If you have any questions or comments, please reach out on Twitter or LinkedIn.