Almost two years ago I created the blog post Export/Import File Type Associations (FTA) successfully using UEM that describes a custom implementation which makes it possible to import and export configured file type associations (FTA) in Windows 10 successfully using UEM (from now on referred to as DEM, Dynamic Environment Manager). A third-party tool called SetUserFTA was used in that implementation to correctly handle hash secured FTA’s and protocols, while DEM handled the import/export.

On December 12, 2019, VMware introduced a new DEM version, DEM 9.10. This version now contains the option to natively manage FTA’s and protocols. Configuration, import/export and FTA and protocol hashes are now handled by DEM, without the need for third-party tools and/or scripts.

This blog post shows you a short introduction to the native configuration and management of FTA’s and protocols in DEM.

The required configuration for managing FTA’s and protocols in DEM is really straight forward. Once you have upgraded to DEM 9.10, it is only a matter of adding the new Default applications config file. 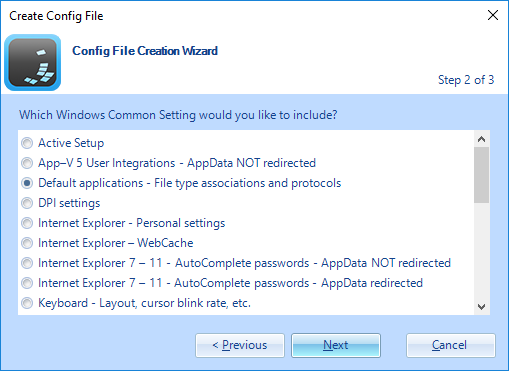 This config file has a new section called [DefaultApplications] that contains a Process value.

At import, DEM reads the Default Applications.xml file and imports/restores the file types/protocols and associated ProgId’s, and creates hashes for those associations, which makes FTA’s and protocols work natively.

To prevent the message How do you want to open this file from appearing, you have to _Enable _the Group Policy setting Do not show the ‘new application installed’ notification. This Group Policy can be found under Computer Configuration > Policies > Administrative Templates > Windows Components > File Explorer. 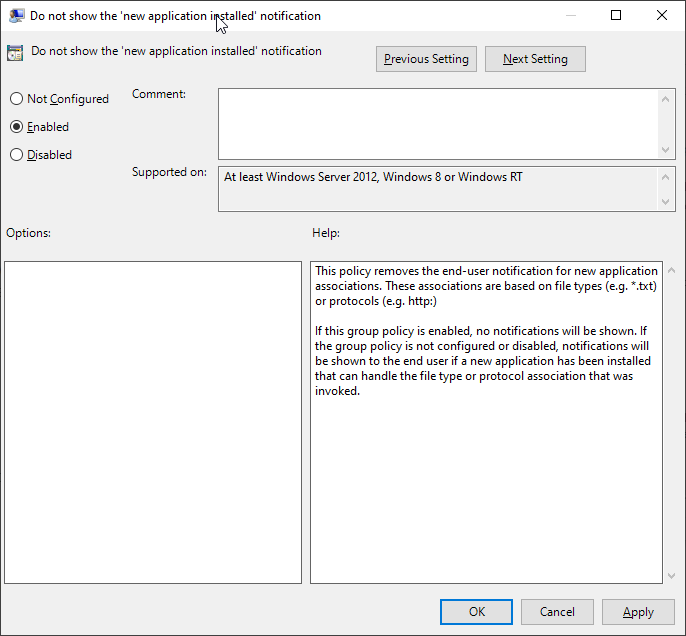 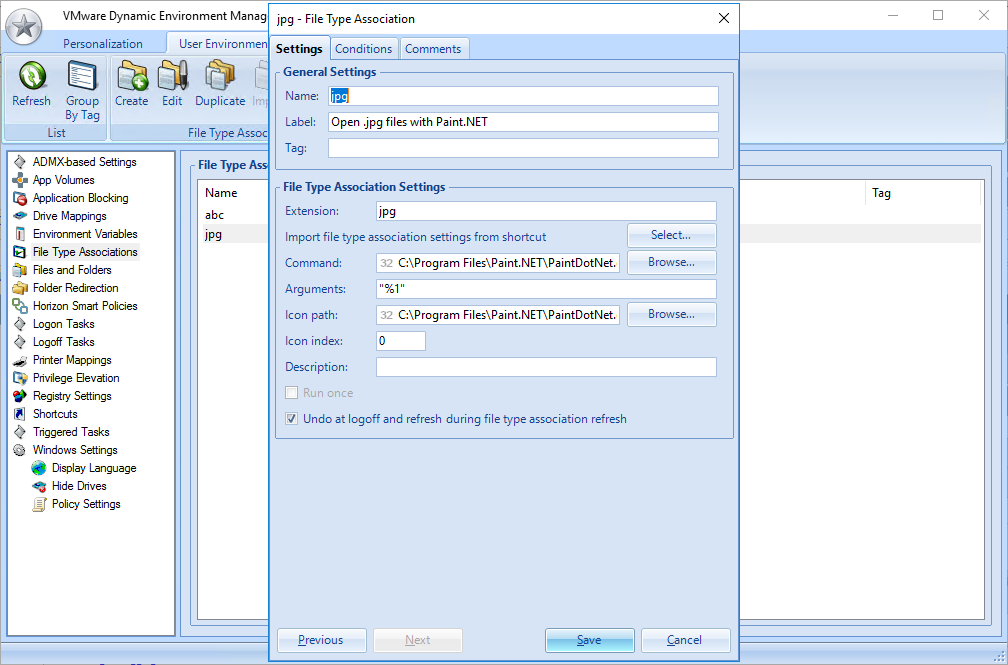 With DEM 9.10 comes a new log file called FlexEngine-DefaultApplications.log, which can be found next to the FlexEngine.log and FlexEngine-async.log file.

The FlexEngine-DefaultApplications.log file contains processing time information regarding the configuration of the default applications.

Make sure the above configuration is in place. This means having the Default Applications config file and group policy setting in place.

Edit the Import User FTA’s – Logon Task and check the Run once checkbox.

To read the full DEM 9.10 release notes, including other new features and fixes, you can find them here.