Recently, I deployed a new VMware Unified Access Gateway (UAG) multi-nic appliance. During the deployment I forgot to specify the required static route which prevented me from reaching the UAG management interface (:9443). Instead of redeploying, I decided to fix my mistake manually. This short blog post shows a way to fix this.

Open the UAG console in whatever hypervisor you are using. 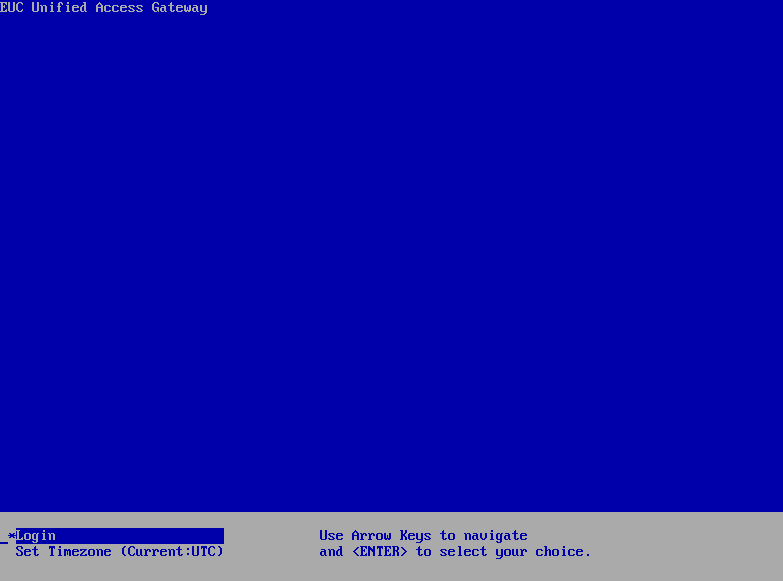 Login using the user name root and the password that you specified during the UAG appliance deployment.

You can type the following command to show the current routes.

In my case I needed to regain access to the management interface first. To fix that, I needed to add a static route first. This can be done using the following command.

Where eth1 is the nic for the management interface/LAN in my case.

Connect to the UAG management interface (:9443) using a web browser and login using the user name admin and the password that you configured during the UAG appliance deployment. 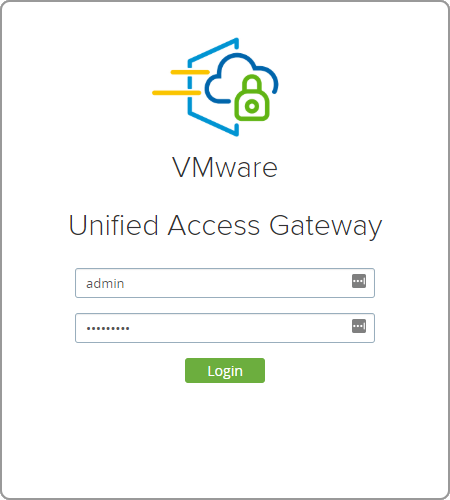 Under Advanced Settings click the gear icon next to Network Settings.

Click the gear icon next to the nic interface for which you want to add a static route. 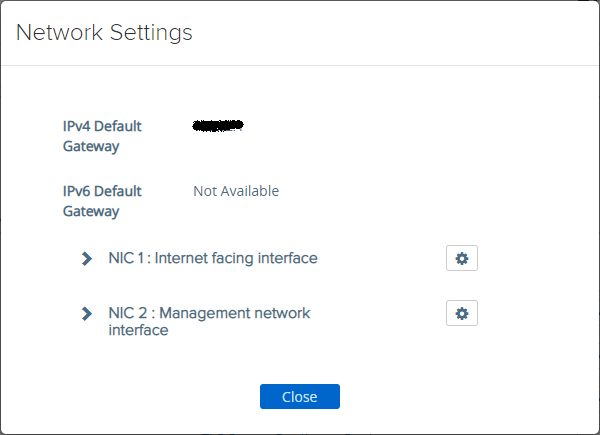 Open up the IPv4 Configuration and enter your static route in the IPv4 Static Routes field. 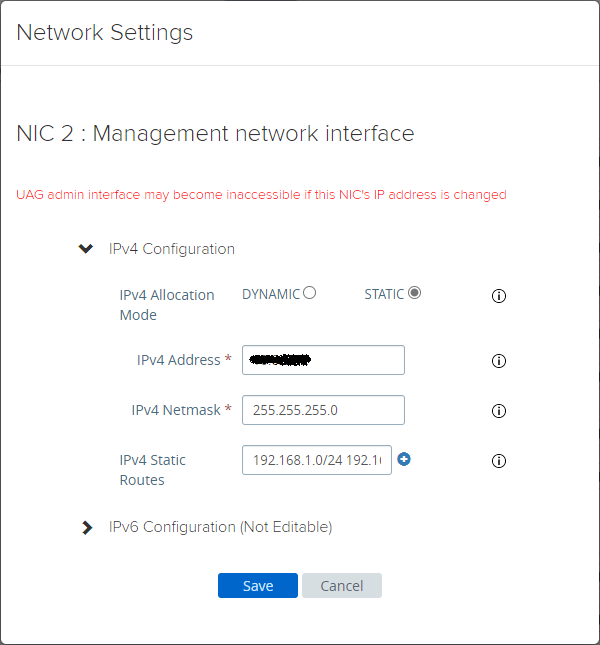 Use the CIDR notation for specifying a static route.

Do not forget to click the (+) button to actually really add the static route. And click Save. 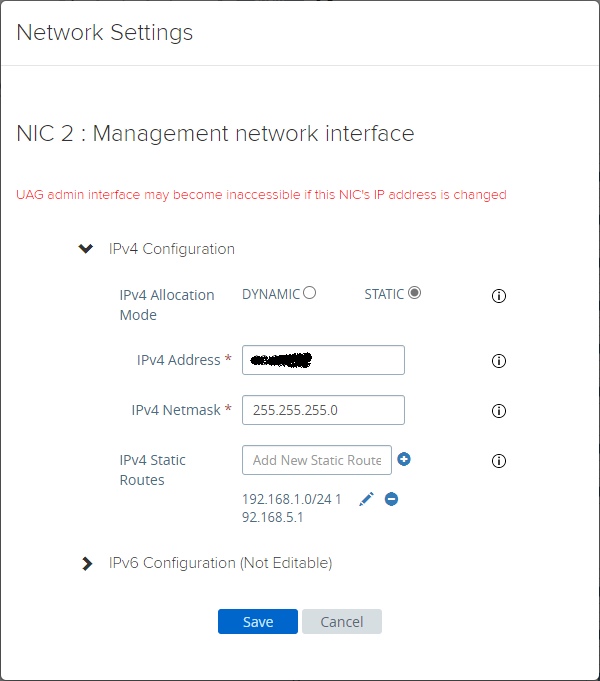 That’s it. I hope this helps whenever you forgot to configure static routes during UAG deployment and don’t want, or are unable to redeploy.